Plant a tree in memory of Lee
An environmentally-friendly option 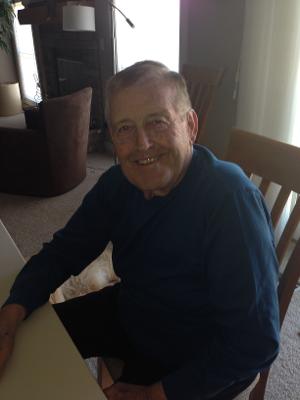 Lee or Jay, as he was also known to be called, was born January 12th, 1936 in Belington, WV to the late Bradford and Odie Robinson. He was the sixth of seven children born to a country life with a love of sports and big dreams. In September 1955 after graduating high school, he enlisted into the Army and served 2 years as a military police officer. Lee then headed to Fairmont Sate College to earn a B.S of education. His college stories have been told to many, but the highlight would be meeting his future wife, Mary Ann Keener. The story of how they met and their courtship could give the movie “The Notebook” a run for its money and them telling it together was even better. They married in 1961 and headed to Ohio to start an adventure of life together. Lee started teaching Power Mechanics and Automotive Education at Hubbard High School in 1962. He left for 2 years to teach at Warren Western Reserve High School, but Hubbard drew him back where he taught until retiring in 1989. He also taught many teenagers how to drive over the years thru drivers education. He did this after work each day to have the necessary extra income each year to provide his family a summer vacation at the beach. Mr. Robinson was chosen to serve as Hubbard’s nominee for “Ohio Teacher of the Year” in 1978. He enjoyed taking students to compete and place in Annual Trouble Shooting Contests and breakfasts at the Robinson’s beforehand. He loved teaching and never felt like it was work. The lives he touched and the people that would reach out to him on how he affected their lives continued throughout his life. After retiring from education in 1989, he continued working building a second career in construction. He has built many beautiful homes in Hubbard, Hermitage and surrounding area. It was a family business with his son by his side and his wife decorating and designing. He was a member of the First Baptist Church of Hubbard. The Robinson’s loved to have fun. Sled riding parties, pig roasts, New Year’s Eve’s parties, church gatherings, traveling, holidays with family or just sitting around the table with a pot of coffee and Lee’s pineapple upside down cake or banana bread and laughing. A life well lived. Lee loved to help and often rooted for the underdogs. He had a soft spot for those with a past similar to his own. He often quoted little words of wisdom. Remember them and him as he is no longer suffering here today. Thank you to all those that have supported, comforted and helped him the past few years that have not been easy for him without MaryAnn.

There will be no calling hours or funeral services per Lee’s request.

Plant a tree in memory of Lee by clicking here.
To send flowers to Lee's family, please visit our floral store.

Plant a tree in memory of Lee
An environmentally-friendly option

Plant a tree in memory of Lee

3 trees planted in memory of Lee

Mr. Robinson was our favorite teacher at Hubbard High School. He taught my brother and I how to repair lawnmowers and automobiles. Most importantly, he taught us about life and how to be a real man. We never got the chance to thank him we will never forget him. Our most sincere and deepest condolences to Todd, Kelly and the rest of the family.

Mr. Robinson and his lovely wife made our neighborhood a winter wonderland. Their backyard was transformed into the sledding hill like no other. He was joyful and welcoming and there was always hot chocolate he and his wife lovingly and joyfully gave out. He was always happy to welcome everyone and the memories of Robinson hill always stay with me. RIP to a lovely man. 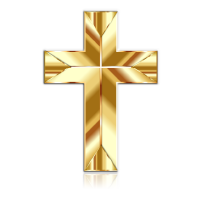 Mr. Robinson was my Drivers Ed Teacher back I the late 60s. He was the nicest guy who gave his all to his students. Thank you Mr. Robinson for the memories and God Bless You may you RIP.  Karen Karen Muntean Lippmann.

Lee was a great guy with a huge laugh. Always a kind word to everyone. He helped us remodel a home on Lake Erie and did a fabulous job. He was a great father and husband. Rest In Peace dear friend. Richard and Bernadette Angle

Plant a tree in memory of Lee