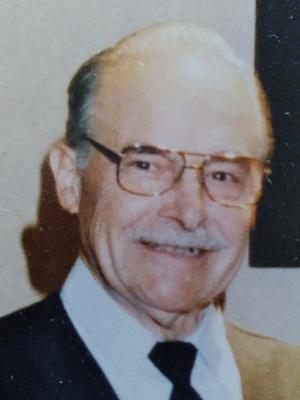 LAS VEGAS Eugene “Gene” “Gino” Alexander, 86, died on January 4, 2021 at his home in Las Vegas, Nevada, where he resided for the past 20 years. Gene was born on March 4, 1934 in Youngstown, Ohio, the son of Pasquale “Patsy” Alexander and Beatrice Labato Alexander. He resided in Hubbard all his life until he moved to Las Vegas. Gene attended Hubbard High School, and was a long-time business owner in Hubbard, Ohio. He married the former Betty Ann Fabry on June 3, 1961 in Youngstown, Ohio. Gene was of the Catholic faith.

An impeccable dresser, Gene began his career in the men’s clothing business as the manager of Saybrook Men and Boys Wear in the Lincoln Knolls Plaza in Youngstown. With that experience, he opened his own successful business, Gene’s Style Center, in the early 1960’s in the home of his parents on N. Main St. in Hubbard. His store, which featured tailor-made men’s clothing, shirts, ties and shoes, expanded twice into larger stores on North Main St. He ran his store alongside the hair salon owned by his sister, Regina Kapturasky Heydle, and around the corner from the auto service owned by his brother, Rocco Alexander. As a businessman for 40 years, he also began a uniform business and provided uniforms for numerous police and fire departments throughout the Mahoning Valley, as well as marching bands and cheerleading teams for dozens of high schools, both in Ohio and Western Pennsylvania.

He also expanded into custom tailored armor, working alongside famous individuals. Always an entrepreneur, Gene ran a flea market and auction for many years in the Youngstown area. He was a founding member and Charter President of the Hubbard Lions Club.

While in Vegas, Gene owned and operated a shoeshine business known as “Jackpot Shoe Shine” in many of the premiere hotels on the Vegas strip but spent the last several years on the main casino floor of the Stratosphere. Gene proudly shined the shoes and boots of many celebrities, including judges, and politicians, and everyone knew him as “Gino.” Everywhere Gene went in Vegas, people knew his name. Always a people person, and a loving and generous man.

Local arrangements were handled by the Kelley-Cummins Funeral Home.

Please visit www.kcummins.com to view this obituary and to send condolences to the family.

Plant a tree in memory of Eugene "Gene" "Gino" Alexander

Be the first to share your favorite memory, photo or story of Eugene "Gene" "Gino". This memorial page is dedicated for family, friends and future generations to celebrate the life of their loved one.

We ask on behalf of the family that you keep your comments uplifting and appropriate to help all who come here to find comfort and healing.

Plant a tree in memory of Eugene "Gene" "Gino" Alexander